NEWHAVEN —  A  UNIQUE FISHING VILLAGE ON THE COAST OF THE FORTH, PROUD OF ITS TRADITIONS, CULTURE AND HISTORY

give as you live

Supported by NEWHAVEN HERITAGE CENTRE is recognised as a Scottish registered charity No. SC044837 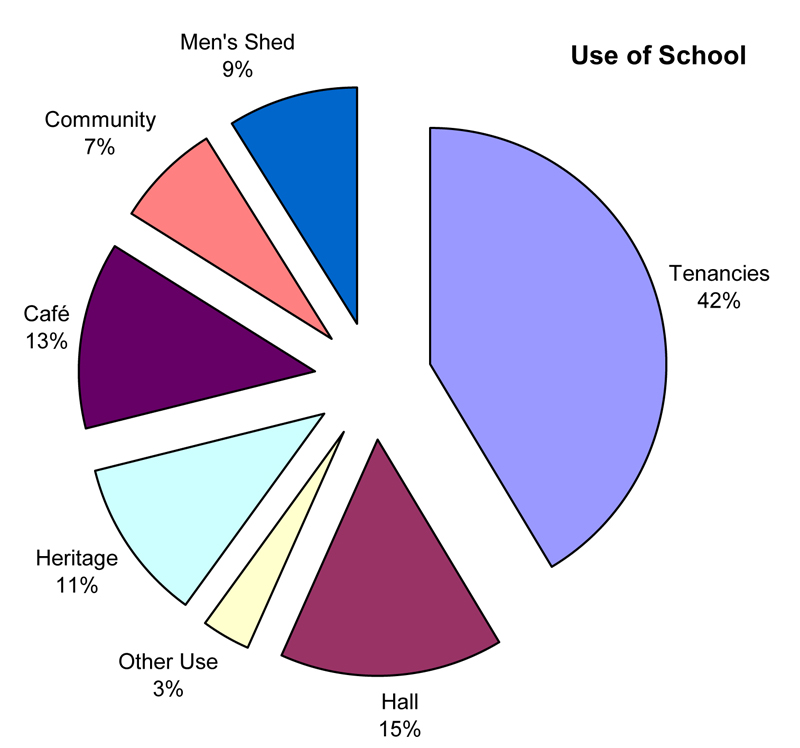 A Poverty of Vision

Through the latter part of 2018 and early 2019, the local residents were invited to express their views on how the school could be best utilised for community use. This resulted in dozens and dozens of ideas — some wacky, some exciting, all worthy — being generated by the local public. Having now had the opportunity to examine the proposed business plan for the site that is now on the table, it is sad to see that so little regard has ultimately been paid to the local community’s enthusiastic input as more than 55% of the old school building (and 100% of the modern Anchor Building) is allocated for commercial use by interests from outwith Newhaven in the business plan.  Only 7% of the total floor space will be given over to community hire.

This is an important potential asset for the community, and it should not be given up lightly. We have formally registered our concerns on behalf of the community, as expressed through our engagement and consultation processes over the last few years. We will be active in every opportunity for consultation and encourage our readers to do the same.

We publish below our letter to the Council in response to the proposed business plan.

As a registered charity and a Newhaven community organisation, Newhaven Heritage would like to express its grave reservations for the proposed plan to transfer the asset of the Victoria Primary School buildings and site to the ‘Heart of Newhaven’ organisation.

Newhaven Heritage itself submitted an application for the transfer of this asset and — as with the ‘Heart of Newhaven’ submission — neither was supported by the City of Edinburgh Council.  As such, we find it mystifying that this bid seems to have been taken forward regardless, with no indication as to why that organisation has gained such preferential treatment as to subvert due process.

Outwith issues of process, and the use of a substantial portion of the building for external commercial lets — which was something explicitly argued against by community surveys — there are significant negative consequences for the community, beyond their wishes simply not being taken into account.  The business plan does not meet — and frankly runs counter to — the community’s expressed needs and aspirations: at the October 4th 2018 consultation organised by Newhaven Heritage over 120 individuals were present and took part in expressing what they did and did not want for the building. It was extremely clear that those present wanted to retain the school within the community and not let it become flats, offices or a hotel. But beyond this, ‘Heart of Newhaven’s business plan is not consistent with what they as an organisation undertook to deliver: one and a half rooms does not constitute a ‘community hub’.  Indeed, the community hub agenda has entirely disappeared, according to the business plan that has been promoted for community asset transfer. One and a half rooms is not a hub – it is barely a spoke on the wheel – and 7% of the area for community hire is a shockingly token gesture that disenfranchises over 90% of the space from the community.

The building had the potential to act as a bridge between old and new Newhaven, and that opportunity will have been needlessly squandered should this transfer go ahead under these terms.

Furthermore, the community was already particularly concerned at the pre-existing pressure on on-street parking availability, and the addition of so many commercial lets will inevitably add significantly to this burden. In addition, there will be further parking pressure resulting from the many users of the proposed daycare component adding significantly to this problem.

The large-scale use of commercial lets on the site also leaves a large number of disappointed genuine local user groups (those that attended both the stakeholders’ meeting and those that attended the public meetings) who had hoped to use this building (See Appendix 3 on HoN’s submission). The potential to address inequality in the community and play a role in place-making, as well as the concerns of users with disabilities who wished to use the building, have also been neglected. The addition of a café within the structure only jeopardises several local café businesses with whom links could have been more communitarianly built.

The heritage siting within the old building is itself deeply flawed, as the lack of environmental stability makes it unfit for object storage and display, and its first floor location means that it fails Disability Discrimination Act requirements.

In conclusion, this proposal gives us cause for serious concern that it abjectly fails to align itself to the needs and voiced expressions of the community that it purports to serve.  We would urge the council to seriously reconsider its support of this deeply flawed proposal.